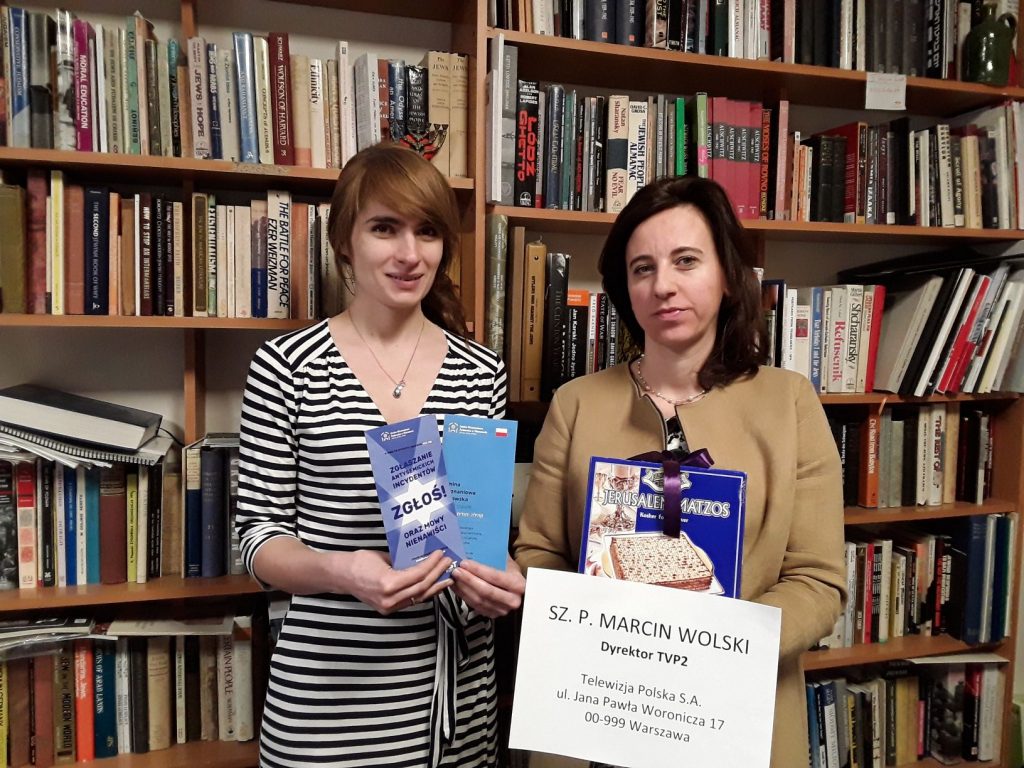 On the 24th of January we filed a complaint to the Polish National Broadcasting Council on a satire program emmitted by the national TV a month earlier. Its editor made a suggestion that anti-government protests in Poland were inspired by Jews. He also stated that matzah takes over communion wafer. We decided to send a gift to Mr Wolski – a box of matzah and leaflets on anti-Semitism with the instruction how to combat it. Anti-Semitism is a crime. There is a thin line between a good joke and a satire that promotes hatred and violates the law. The Polish media have been extensively covering the case.