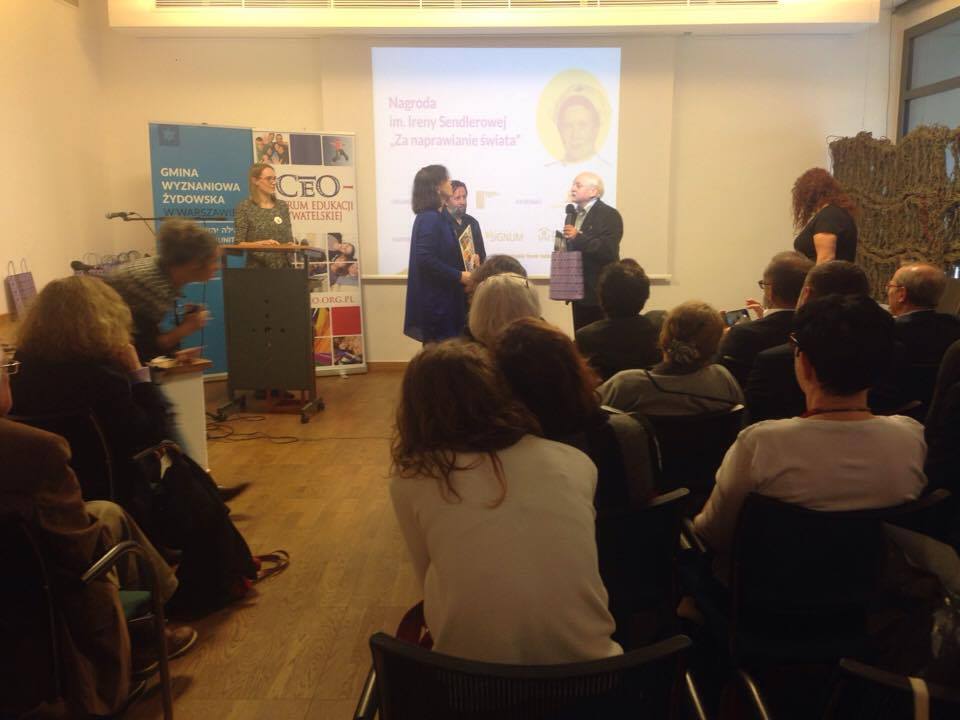 We have just completed the XI edition of the Irena Sendler Award “For Repairing the World”. The awarding ceremony took place on 27 October at the Austrian Cultural Forum. For the first time in its history the award committee decided to name two winners: Jerzy Hamerski and Elżbieta Drygas, the creators of the “Łejery” School in Poznan. The winners received a prize of 15,000 złoty. Moreover, the committee gave a special recognition to nine teachers: Marcin Bergiera, Bernadetta Białek, Magdalena Bliźniak, Przemysław Fabjanski, Hanna-Jastrzębska-Gzella, Katarzyna Michalska, Adam Musiał, Jolanta Piekarska and Joannę Roszak. The Irena Sendler Award “For Repairing the World” is awarded to teachers who teach and educate in the spirit of dialogue, tolerance and respect for others. Jewish Community of Warsaw is a partner and sponsor of the competition. On behalf of the Jewish Community of Warsaw, its President Anna Chipczyńska took part in the award jury’s debate.