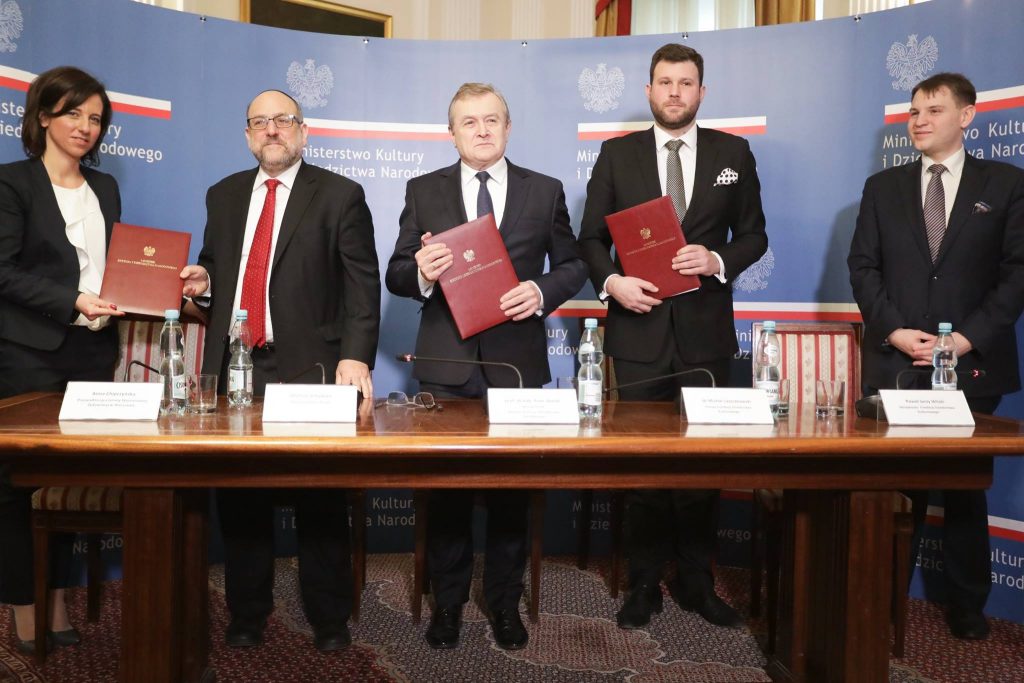 Warsaw The Cultural Heritage Foundation will receive 100 million Polish zlotys (USD 28 million) for the renovation of the Jewish Cemetery in Warsaw this year. On December 22, 2017 at the Ministry of Culture and National Heritage, the agreement on this matter was signed by Deputy Prime Minister, Minister of Culture and National Heritage, prof. Piotr Gliński and the President of the Cultural Heritage Foundation, dr Michał Laszczkowski. The press conference was attended by Chief Rabbi of Poland Michael Schudrich and the President of the Jewish Community of Warsaw Anna Chipczyńska. „Establishing a perpetual fund for the Jewish cemetery in Warsaw is the most important gesture of the Polish State in recent years, aimed at continuing care and protection of the material heritage of Warsaw Jews„. “It’s the duty of the Polish state to care for our heritage”Deputy Prime Minister, Minister of Culture and National Heritage, prof. Piotr Gliński, said.

The Cultural Heritage Foundation has been cooperating with the Jewish Community in Warsaw since 2015. They had already received subsidies from the Jewish Religious Community and the Ministry of Culture and Arts. During this time, she has renovated 55 tombstones at the Jewish Cemetery. It also organized campaigns to organize this necropolis, which was attended by over 500 volunteers from Poland and around the world. At that time, the Foundation, using volunteers and in cooperation with the Jewish Community, cleaned up and cleaned over 3 hectares of the cemetery. In January 2017, the FDN, Zachęta National Art Gallery and together with the Jewish Community of Warsaw prepared an exhibition dedicated to the outstanding sculptor Abracham Ostrzega whose works are on the cemetery at Okopowa.

Photography:Ministry of Culture and National Heritage,  Jewish Community of Warsaw.