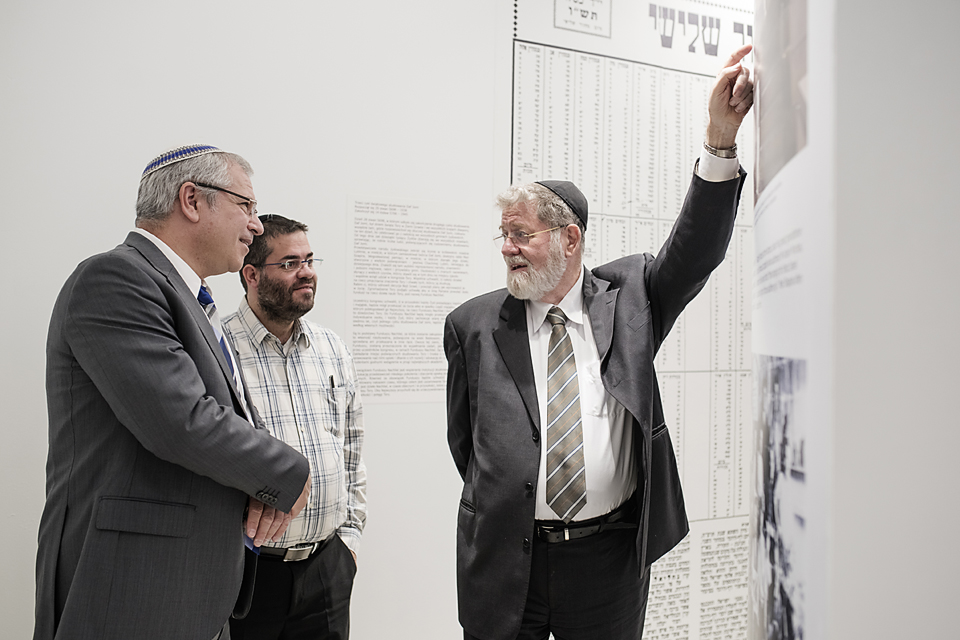 On 7 December 2017, the Chachmei Yeshiva Lublin saw the opening of the new exhition featureing the history of the place of one of the most famous religious figures, rabbi Meir Yehuda Shapira (1887-1933). Rabbi Shapira was not only the founder of the Yeshiva, but also the first orthodox Jew who became a member of Polish Parliament (1992-1927). He propoagated a daily study of one of page Talmud. The methodology is known under the expression Daf Yomi. In short, it is a 7,5 year long period of studying 2711 pages of the Babylonian Talmud, oral Torah and the commentaries. Its culmination is Siyum HaShas – the event marking the end of the study. The first one took place in 1923, the next one will be in 2020. The exhibition focuses on rabbi Shapira and the history of the Yeshiva – one of the most famous rabbinical schools opened in Lublin in 1930. It contains unpublished until today family pictures and documents. The exhibition was designed to resemble Talmud pages and Torah scrolls.

„It is important that the exhibtion brings back the memory of one of the most important Polish rabbinical figures and the Yeshiva he established. The place has been known mainly among religious circles. It was practically unknown in Poland. We hope the exhibtion will help to change it” – says Anna Chipczynska, President of the Jewish Community of Warsaw. The project has been co-financed by the National Cultural Centre Poland, Hotel Ilan, Jewish Community of Warsaw and the City of Lublin.