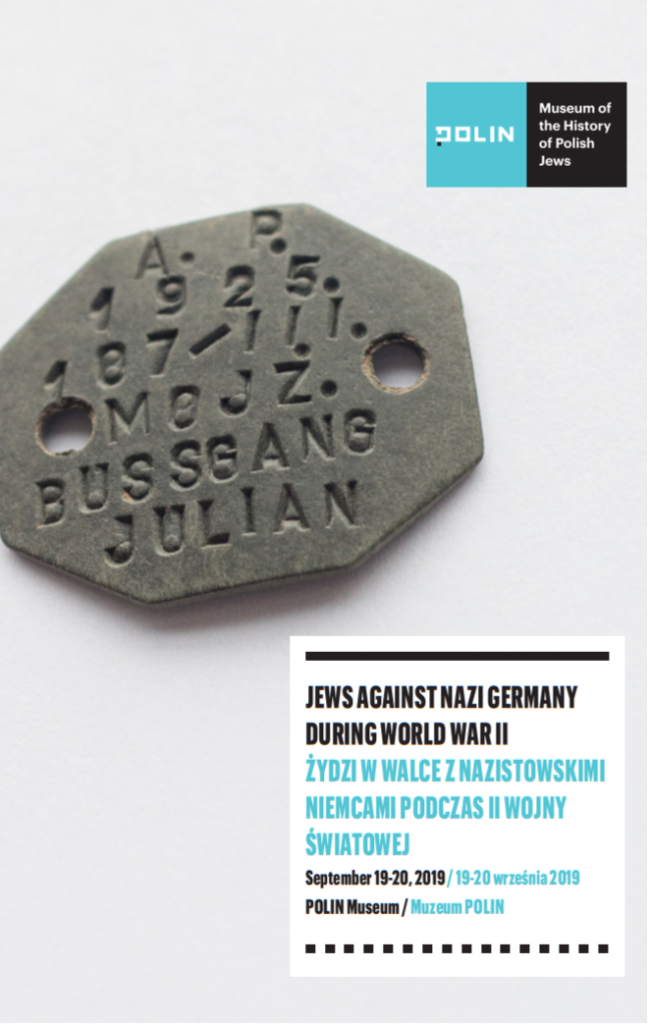 The conference raises questions of both armed and civilian struggle. The former pertains to contributions of Jewish soldiers, especially Polish, Soviet and American, listed in regular Allied armies. Involvement of members in armed Jewish underground organizations and Jewish fighters in various partisan groups and countries will also be examined.
We want to reflect on the following questions: What was the Jewish resistance? How should it be understood, and how does it differ from other modes of resistance during the war? This conference aims to explicate the notion of resistance as widely as possible.  By not only looking armed resistance  but also organized civil and individual resistance during the war, the conference will shed light on intricacies of the overall fight for the preservation of humanity and life against the anti-Jewish Nazi policies.
Languages: Polish and English (simultaneous translation).
https://www.polin.pl/en/event/jews-against-nazi-germany-during-world-war-ii