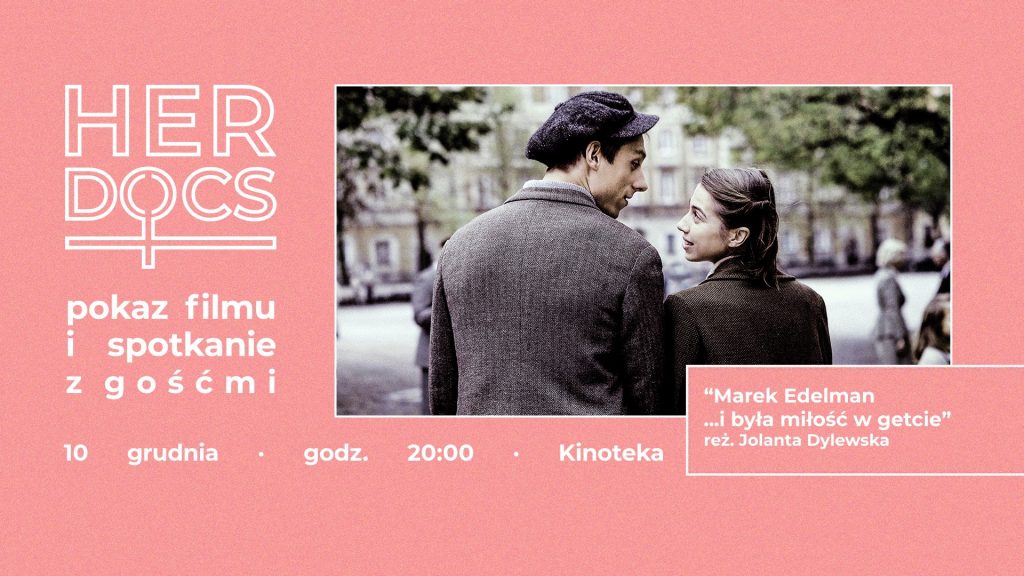 Join us for the screening of the documentary film “Marek Edelman …and there Was Love in the Ghetto” (2019) by Jolanta Dylewska. The screening will be followed by a Q&A with the director. The film will be screened with English subtitles, but the Q&A will be held in Polish language only.

“Why does nobody ask if there was love in the ghetto? Why is nobody interested in it? Love made people last.” The question put forward by Marek Edelman, the former commander of the Warsaw Ghetto Uprising, aims to prove that amidst all the hell of the ghetto goodness and beauty were present there as well. And love. Love turned out to be the most important value, more important than life itself.

The world premiere of the film took place at this year’s Hot Docs festival in Toronto. The film received the Jury Special Mention at 16. Millennium Docs Against Gravity Film Festival.