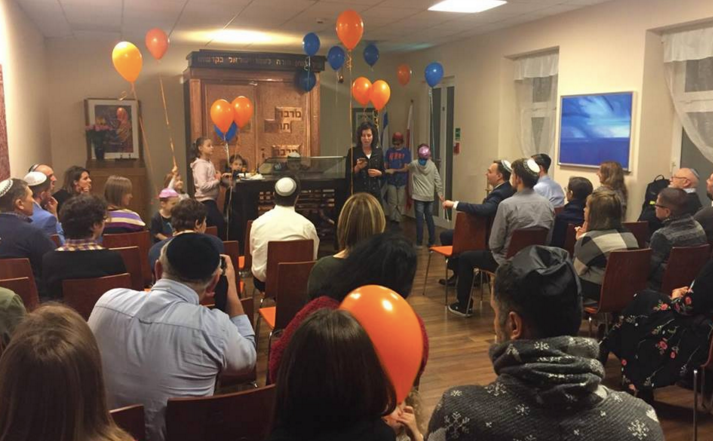 Ec Chaim is a Reform synagogue operating within the Jewish Religious Community of Warsaw. It is formed by people identifying themselves with the stream of Reform Judaism or desiring to participate in other than Orthodox Jewish life while retaining a secular lifestyle. This community has its seat in the centre of Warsaw, where prayers and other meetings are held. Its impressive facilities are available through the generosity of the Ledor Wador Foundation, which has supported Ec Chaim from its beginnings.

Ec Chaim addresses itself to the needs of those members of the Jewish Religious Community and those of the wider Jewish community who seek to strike a balance in their lives between tradition and modernity. This mission reaches out beyond the religious life, as some of those who support the Reform community in its development are not religious. They all share the conviction that participation in the development of an open pluralistic community is a worthwhile pursuit. Ec Chaim continues and develops the work of a havura group formed in 2006 within the Jewish Religious Community of Warsaw with the aim of initiating and cultivating in it other than Orthodox and secular activities. In 2009 the Community’s General Assembly adopted a resolution requiring the Board to employ an non-Orthodox rabbi. In October 2010, Rabbi Stas Wojciechowicz became the first Reform Rabbi of the Warsaw Community.